JSON has been a popular data-interchange format for quite some time now. It is not just simple, but also lightweight, and most programmers find it easy to use. However, JSON can be cumbersome to work with when you need more complex functionality.

That’s where Jackson for Java comes in. Jackson is a powerful JSON library that provides a wide range of features that make working with JSON much easier. In this blog post, we will discuss what Jackson for Java is, how it differs from regular JSON, and how you can use it in your own projects. We will also take a look at the pros and cons of using Jackson for Java so that you can decide if it is the right library for you.

What is Jackson for Java, and what are its Features?

Jackson is a Java library that provides a number of features that make working with JSON much easier. Some of the most notable features of Jackson for Java include:

In addition to these features, Jackson also has excellent performance thanks to its use of streaming data processing. This means that it can handle large amounts of data with ease.

JSON vs. Jackson for Java – what’s the difference?

The main difference between JSON and Jackson for Java is that Jackson is a library that provides additional functionality on top of JSON. This includes features such as the ability to annotate fields, support for POJOs and JAXB beans, and the ability to serialize and deserialize objects without writing any boilerplate code.

How to use Jackson for Java in your Project?

If you want to use Jackson for Java in your project, the first step is to add the library to your project dependencies.

The easiest way to do this is using a dependency management tool such as Maven or Gradle. Once you have added the Jackson library to your project, you can start using it in your code. For example, if you have a field in your Java object that is mapped to a “name” key in the JSON document, you can access that field using the @JsonProperty("name") annotation. Here is an example of how you can convert List object to JSON. Here, we’ll be using the ObjectMapper.writeValueAsString() method.

You can also use Jackson to serialize and deserialize objects without writing any boilerplate code. This is because Jackson automatically generates the necessary code for you. To do this, you simply need to add the @JsonSerialize and @JsonDeserialize annotations to your Java objects.

If you have some experience on Jackson for Java, you may want to include it in your resume. Now, a resume for a programmer should list programming languages, software, and tools the individual is proficient in. Additionally, project experience and technical skills should be highlighted. A résumé is essentially your career booster so you will need to ensure that it also showcases all your skills and experience. Take time to include every essential detail.

Pros and Cons of Using Jackson for Java

Jackson is a very powerful library that can make working with JSON much easier. There are pros and cons to using Jackson for Java. The main pro is that it’s a very fast and lightweight library, which makes it ideal for large-scale projects. It can also serialize and deserialize Java objects quickly.

However, one potential con is that it can be difficult to reverse certain operations performed by the library, such as converting back from JSON to Java. For example, if you have a Java object with a list of Cat objects, and you want to convert it back to JSON, reversing the process might not be as straightforward as you’d like. In cases like this, you may need to use a different library or write your own code to handle the conversion.

Another potential downside of using Jackson is that because it’s so popular, there may be less flexibility in how you use it. For example, if you want to use Jackson for XML parsing, you may need to use a third-party library such as JAXB.

Overall, Jackson is a very powerful library that can make working with JSON much easier. It has a few potential downsides, but its pros far outweigh its cons.

Comparison of Other Popular JSON Libraries

There are many different JSON libraries available for Java. Some of the most popular include Gson, org.json, and FastJSON. Gson is a library that can be used for converting between Java objects and JSON documents. It can also be used for serializing and deserializing objects. Gson has excellent performance thanks to its use of streaming data processing.

Org.json is a library that provides JSON parsing and generation in Java. It’s simple and easy to use, but it doesn’t provide as much functionality as some other libraries on this list. Here is an example of how to parse JSON string in Java with org.json library.

See more examples on this page. FastJSON is a high-performance JSON library for Java. It’s simple to use and provides a wide range of features.

Overall, Jackson is the best choice for working with JSON in Java, thanks to its excellent performance and wide range of features. However, there are other great options available, so be sure to choose the library that’s right for your project. 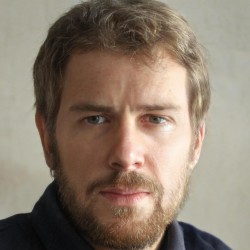 Leon Collier
Leon Collier is a blogger and academic writer who works with professional writing services. He likes trying new subjects and is always focused on proving his worth as a writer in new and challenging writing areas. His hobbies are reading books and playing tabletop games with his friends.